Pardee Consulta is alternative dispute resolution (ADR) entity that has its main seat of establishment in Malta. Our multi-disciplined advocates root our reputation. We deliver pragmatic advice and actionable strategies in order to achieve successful dispute resolution.

Pardee Consulta comes with decades of combined experiences; our team offers unrivalled dispute resolution on a wide range of issues. We consider going the extra mile as part of the service, work tirelessly to deliver the results expected whilst settling for nothing less.

We may be lawyers, but we are people too. Our entire team is approachable and friendly. The firm’s core value is to reach amicable settlements in the shortest time possible whilst doing away with lengthy court proceedings and corresponding hefty court expenses.

We are here to find that solution that will suit your needs whilst providing just closure to all concerned stake-holders. We do more than what alternative dispute resolution requires, and we do more because we care. 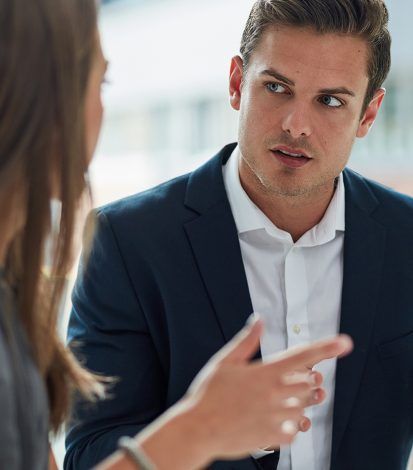 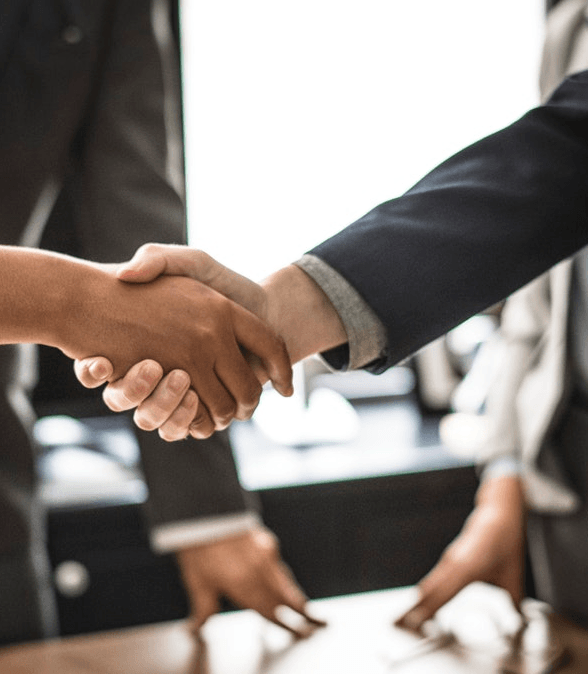 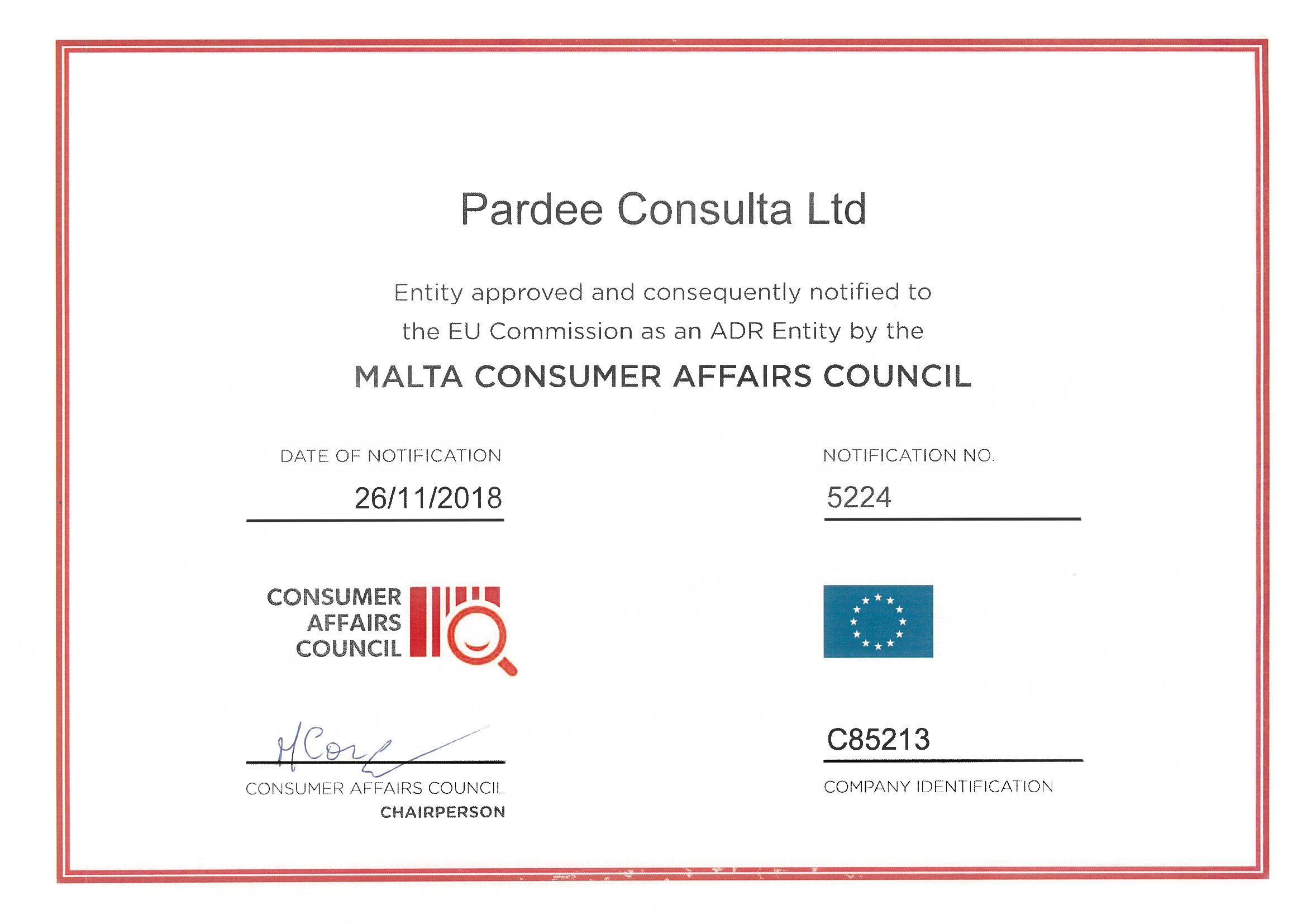 Pardee Consulta service is an impartial mediation service for disputes that arise between, most notably, registered sites that hold an operating licence from the Malta Gaming Authority or the Great Britain Gambling Commission and their players. We are pleased to offer our assistance to these players and approved licence holders (‘operator’), provided the below measures are followed:

Pardee Consulta’s alternative dispute procedures are designed to comply with the Maltese Subsidiary Legislation of “Consumer Alternative Dispute Resolution (General) Regulations” [S.L.378.18], based upon the European Directive 2013/11/EU of the European Parliament and of the Council of 21 May 2013 on alternative dispute resolution for consumer disputes. The Rules ensure independence and impartiality, transparency, effectiveness and fairness throughout the whole process. Pardee Consulta has in place binding (adjudication and arbitration) and facilitated (Conciliation/Mediation) procedures. The outcome of the procedure becomes legally binding (i) once an award is given or (ii) in the case of mediation once the agreement is made in writing and signed by, or on behalf of each of the parties.

Pardee Consulta is reachable as it is well equipped with the latest technology and can receive and deal with complaints by email, telephone [on hotline: +356 21 433 000], Skype or post. The website must also have an ODR mechanism – Online dispute Resolution, whereby both the operator and the player may file complaints to Pardee Consulta online.

Pardee Consulta will then engage an advisory role to both parties to facilitate the inteded resolution. Here the Conciliation passed over to the operator will also be known to the Player and vice-versa. If the ADR settles here, Pardee Consulta files a final contract to make the agreement made by the parties involved binding.

Should the conciliation stage not suffice to provide resolution, Pardee Consulta will then pass on to negotiate a solution between the parties. Such negotiation may entail, but not limited to, the request to change the request posed by the player and the solution provided by the operator in order to seek common ground. If the ADR settles here, Pardee Consulta files a final contract to make the agreement made by the parties involved binding.

Where neither of the previous steps have provided the intended resolution, the parties will then pass on the last and final stage. Here, Pardee Consulta will consider the submissions made by both parties and draft a contractual agreement that will also serve to be final and binding.

In the event that the parties refuse to sign the Contractual agreement, Pardee Consulta will take an adjudication role and sets a non-binding decision that may or may not be respected. This ultimately depends on whether the contract proposed by the adjudicating body is signed by the parties. Should such decision be honoured and agreement proposed signed, this stage of the resolution process will also serve to be final and binding upon the parties concerned.

With each step of our dispute resolution, Pardee Consulta will have a more active role only and solely for the purpose to assure players and operators of a settlement. Pardee Consulta introduces its activity with the lowest possible intrusion to make sure that flexibility and liberty of the parties involved is preserved, to the extent of the possibility to do so in relation to the intended aim of resolution.

Pardee Consulta reserves the right to refuse to deal with any dispute if:

All disputes are mediated in Maltese, English or Italian however Pardee Consulta makes use of a translation software to handle disputes in most other languages and where disputes are more complicated will request a native speaker to check the translation before responding to the player. Pardee Consulta also makes use of Court approved translators that may provide translation for all languages in Europe, Arabic and all the variants spoken on the South African continent.

Pardee Consulta endeavours to enable the disputants to reach an outcome within a period of ninety (90) calendar days from the date on which it has received the complete complaint file.

Pardee Consulta has the necessary experience to deal with both domestic and cross-border Consumer and Trader disputes of whatever nature, sector and value. Pardee Consulta for example is concerned with disputes which concern the return of goods, faulty goods, missing parts, delivery, customer service, pricing, misrepresentation of product description and disputes concerning the Gaming Industry.

We are pleased to offer our assistance free of charge to consumers/players.